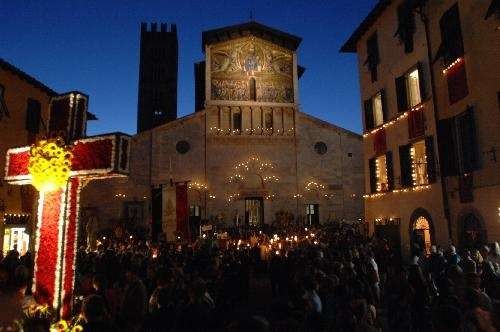 The Settembre Lucchese is an ancient celebration of the feast of the patron saint, the Holy Face, but it is also the feast of the people, which brings with it also the pagan traditions connected to the rites of the campaign. The feast of the Holy Cross is the traditional event par excellence in Lucca. It is celebrated on September 14. The evening of the 13th, the day before, there is the traditional procession in honor of the Holy Face, a wooden crucifix venerated by Lucca and carved, according to legend, a cedar of Lebanon by Nicodemus, in order to pass the likeness of Christ.

The solemn procession, in which they take part, in addition to the civil and religious authorities, even the archers dressed in medieval costumes, and many people in costume, through the city where all electric lights are switched off remaining lit only by candles and candles on the window sill of houses and shop signs and reaches inside the cathedral of St. Martin, where he performed "mottettone", a sacred composition.

According to tradition, on September 14 the citizens of Lucca head towards the city center to visit the chapel where is kept the Holy Face, in the Cathedral, and to pray at the foot of the sacred effigy. Most devotees also run through the rounds of the seven churches.

But Holy Cross is also a traditional feast made â€‹â€‹of folklore, fairs and markets, all of ancient origin: among them, the cattle fair in Monte S. Quirico, and the exhibition of birds, once in Piazza del Carmine, now in Borgo Giannotti.
Settembre Lucchese: throughout the month, the city of Lucca is home to concerts, festivals, operas, cultural events, sporting events and traditional banquet in the historic center and in the immediate outskirts. 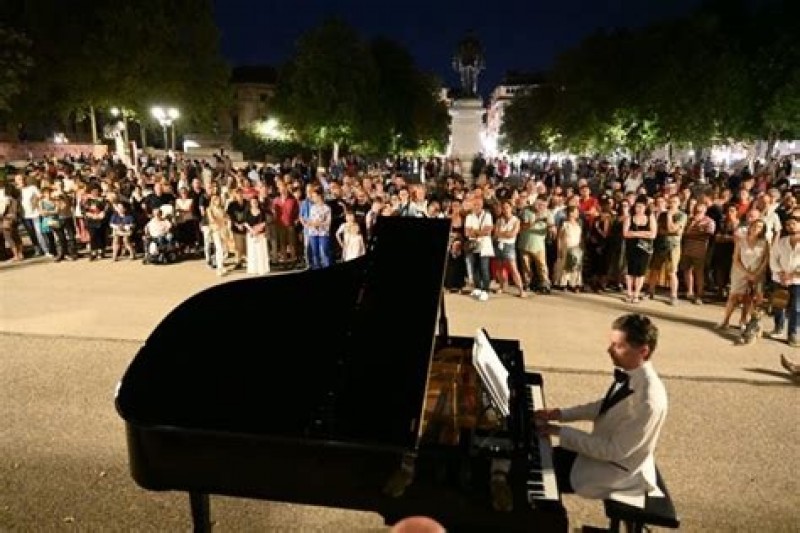 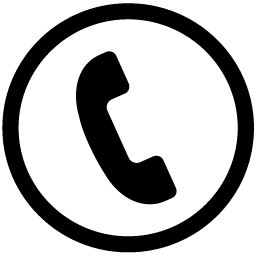 To offer you a better browsing experience, this site uses its own cookies and those of third parties, selected partners. Third-party cookies may also be profiling. Read our information on the use of cookies to learn more or go to "Customize" to manage your settings. By clicking "Accept" you consent to the storage of cookies on your device. By clicking on "Reject" or on "X" in the right corner you accept the storage of only the necessary cookies.
Show details
Customize